ILRS statement to the SI Congress in Cape Town 2012

It is time to mobilise the religious left!

Over the last decades religions have been returning to the political arena. Aggressive religious right-wing movements and religious conservatism get a lot of media attention and they are far away from Social Democratic ideals and practice of solidarity and social justice. But we need to stress, there are many religious people in all traditions that are fed up with terror and xenophobia in the name of religion, and who are very keen to work for a Social Democratic vision, in their own societies, in their own ways.

ILRS wants to reach out to the many religious people who are convinced that their religious traditions teach them respect for all one’s neighbours, all over the globe. All socialists should open themselves to see the political implications of religious language about generosity, forgiveness, grace, that both men and women are created equal, solidarity and that each the human beings are responsible for God’s creation.

The religious right has not been enough challenged by progressive religious people when it comes to issues that they label “religious”, such as women’s reproductive health etc. But as progressive people of faith we intend to widen the discussion to include also distribution of wealth, solidarity, equality and sustainability.

Progressive people of faith can contribute in many ways to the political work of the SI family. ILRS urges the SI to recognize the importance of mobilising progressive people of faith. Making room for dialogue and practical work inside the parties for people of different faiths will provide a tool, and an arena, for understanding and tolerance. It will serve the party and provide an example for society as a whole.

Today progressive people of faith often feel homeless. Some religious leaders speak up for conservative and reactionary ideas. Too often socialist parties are not addressing only the ideas in question, but tend to criticise religion as a whole. An anti-religious fundamentalism is often the norm. As a result religious people with progressive opinions feel alienated from the parties that stand for their own values. In an era when religion is coming back to the global political arena, this causes a loss of political momentum for social justice and for Socialist Democratic values.  ILRS are convinced that SI parties could expand their outreach significantly by mobilising the religious left.

Migration and increasing interaction between people of different faiths underlines the necessity to respect differences on a daily basis, and to respect the type of meaning provided by religions. The parties of the SI family should not leave people of faith to the conservative right wing fundamentalists. It is not religions that cause tensions in society, but social inequality and the increasing gap between rich and poor. There are progressive people in all religions who can be strong allies in our struggle for justice. We have to open up ourselves for new alliances, and provide progressive people of faith with an alternative that respects religion and supports justice, equality and sustainability. This is one way how the SI family may return to the frontlines of building a world where the well being of human beings and of nature are not costs or assets in a calculation, but what life and politics is all about.

The ILRS urges the SI family to

– Reform the SI family to make it more inclusive of new progressive movements like youth in the Arab spring, and religious socialists. And acknowledge that religion can be a source of energy for solidarity, equality and sustainability.

– Start meetings locally between trade union leaders, worker’s leaders and religious people to learn to know each other and to start creating a common image of a society in which we all can live.

– Make democratic socialism again defend progressive change, and not so much defend victories in the past. 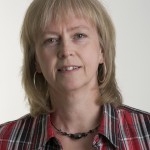